Random non-wedding post: I spent last Sunday night at the front of 18,000 people documenting Barack Obama’s Stand for Change Rally in Virginia Beach. “Wait a minute, Justin. I thought politics and religion are the two things you’re never supposed to talk about with clients!” Well, I ain’t here to talk politics, so put them fists away, champ! I’m here to talk photography. Step inside, won’t you?

A lot of wedding photographers actually started out in the world of traditional photojournalism. After all, what better way to learn how to document split-second moments during weddings than by throwing yourself into harm’s way and dodging bullets — literal and editorial! One of my favourite wedding photographers hailing from the world of photojournalism is Greg Gibson. Take a moment to marvel at his fabulous work. (It’s okay… I’ll wait right here…)

Taking a somewhat different path, I got my start in the fine art world of nature photography. And as long as I’m confessing, I might as well go the full dorky nine: I was drawn primarily to the science and mechanics of nature photography. I mean, we’re talking total geek here. I used to write computer algorithms to calculate the position of the sun and other natural phenomena with unbelievable precision. I even studied meteorology for a number of semesters just to learn how to pre-visualize and predict my images. Seriously… Dork.

But although I was extremely proud of my nature work, I began to feel underwhelmed and disconnected with the emotion in my photographs. And with all the art shows in which I was exhibiting, I got sick of feeling like I was cranking out “product.” The more I meditated on the issue, the more I realized the cold feeling I’d developed for my photographs was due to my hardly ever including people within my images. My nature images were creating strong connections with my audience, but they were nothing compared to the connections my photographs of people would create. Coincidentally, it was right then when I read something (by David Hurn, I think) about how the strongest connection comes from the viewer’s ability to place him/herself inside the photograph. Ever since that day, I’ve been photographing people.

Dude. What the heck does this have to do with Barack Obama!?

Well, the thing with nature photography is that you always have a subject. The same can’t be said about portrait work. So in order to get my experience photographing people, I started signing up for every local event I could find in order to take photographs of people. I’ve photographed more marathons and parades and press events than I can remember. And I absolutely fell in love with it. Even today, I get such a huge kick out of photographing all the local events that have been a part of my development over the years — they’ve essentially become traditions for me. One of my favourites has been political rallies.

Perhaps it’s the excitement of knowing that any one of these candidates could become President of the United States… and being able to tell my kids someday that I shook the hand of the President. I don’t know, but I get butterflies every time I hear them speak. I remember photographing a John Edwards rally at Norfolk State many years ago: I got an incredible charge from standing with all the “real” press, and then coming home with a final image that trumped the paid shooters. Ever since, “citizen photojournalism,” has become a pretty big hobby of mine, and I love the freedom of photographing these events without an editor or deadline looming over me.

So when I heard Barack Obama would be in Virginia Beach, I knew I’d be there. But I also knew everybody else in Virginia Beach would be there, so I went into it with the understanding that I probably wouldn’t get the opportunity to create anything significant. And as I walked up to the Convention Center Pavillion, I was gobsmacked to see the line wrapping entirely around the building (and trailing down the street). “There’s no way I’m getting in, let alone up front,” I conceded. So I decided to abandon the rally, itself, and try to tell the story of the line. I walked to the front of the queue to photograph the people who had been standing there for 8 hours, and in a surprising moment of serendipity, the doors whisked opened and I got pushed inside by the mad rush. There I was: standing front row — with 18,000 people behind me. (Yes, I felt guilty for cutting 18,000 people.)

I could see where the press stands were positioned, and I knew I wanted to be anywhere they weren’t. I also knew that by standing front row, my photos would likely be unflattering, and I’d be out of position to capture the story behind Obama. So I took a risk and let about four rows of people stand in front of me. It was absolute torment, standing there for 3 hours, as every 7-foot-tall person in the building took turns standing in front of me and making me feel like I was going to have an obstructed view. But as soon as Obama came out, the pathway was clear, and I was ready to work.

Because the place was so packed, I knew it would be a difficult assignment. But I pre-visualized two images in my head that I wanted to create: a wide image with the “Change” banner, and a tight crop of Obama’s face and shoulders. I only wanted those two images — if I walked away from the night with just those two, I would have been ecstatic. Since bags were not permitted, I had my 70-200mm on the camera, and my tiny 50mm in my pocket. When he got on stage, I used the 50mm to make the wide image and took a handful of photographs. I felt confident I’d created the image, so I switched to the 70-200 and spent the rest of the speech zoomed tight, trying to dodge his blinking.

The lighting was challenging because the extremely bright stage lights were positioned almost directly overhead, creating dark shadows under Obama’s eyebrows. And because of the strength and position of the light, he was furrowing his brow the entire evening. Additionally, his shirt and skin were acting as strong reflectors. I was already overexposing the images by about two stops because I wanted to preserve as much detail as possible in the shadows of the background and his eyes. It was a bit risky because I could have (and several times did) clip the highlights altogether. But I found a sweet spot on stage where even my overexposure and the stage lights worked perfectly together. It’s precisely where I made my favourite image of the evening.

I’m extremely pleased with these images, but I’m stunned by the interest and reception they’ve received. Especially on Flickr. The most rewarding sentiments I keep hearing are from people who don’t support Obama’s candidacy: “I’m not a fan of his views, but these images transcend politics.” That’s not easy to say in this moment of politically-charged debate, so it blows me away every time someone emails me something to that degree.

So please excuse the non-wedding post. I tend to get a lot of email from folks asking how to “break into” photography, so I thought I’d share a little background on the path that worked for me. And I don’t get to talk geeky camera-speak as much as I’d like, so I threw a little bit of that in there as well. I’m still loading in the backlog of work from last year, so stay tuned.

(See? I told you I wasn’t gonna talk politics!) ;p 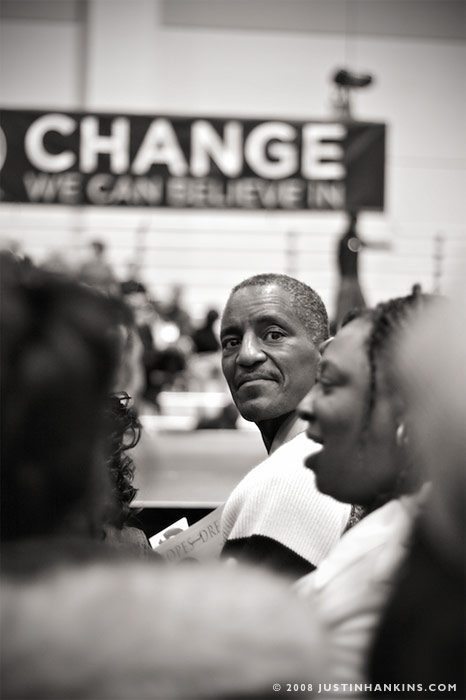 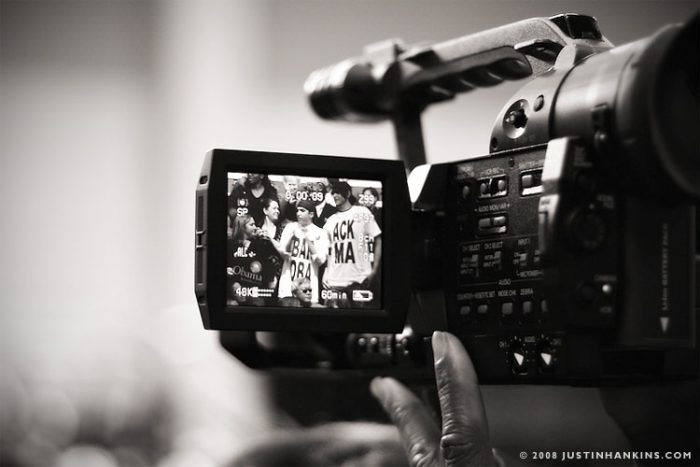 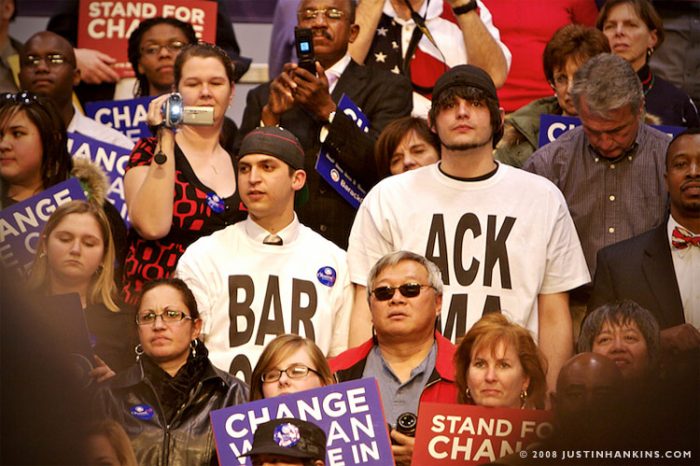 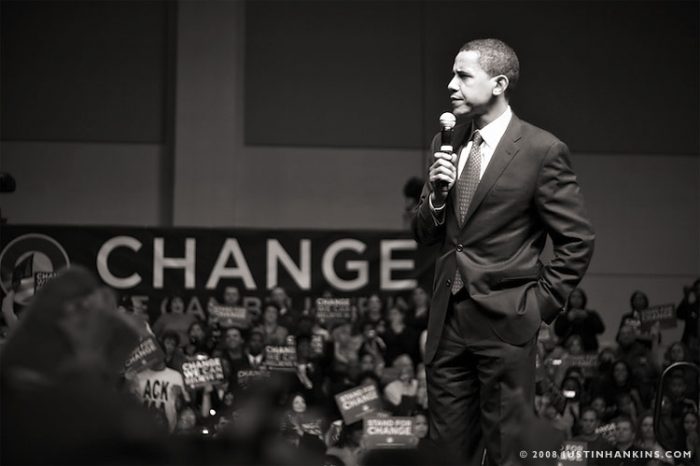 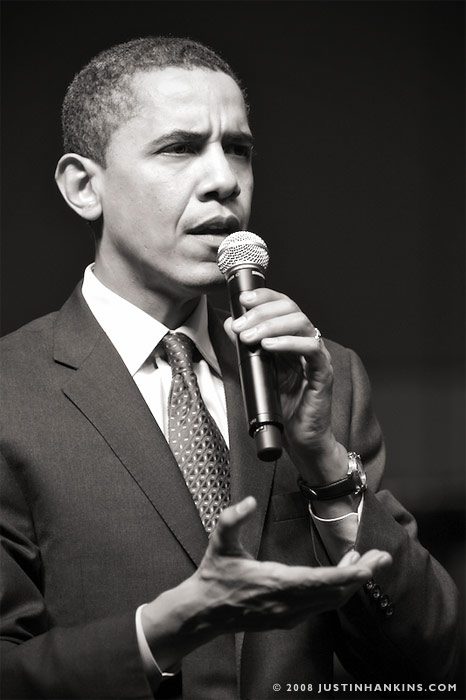 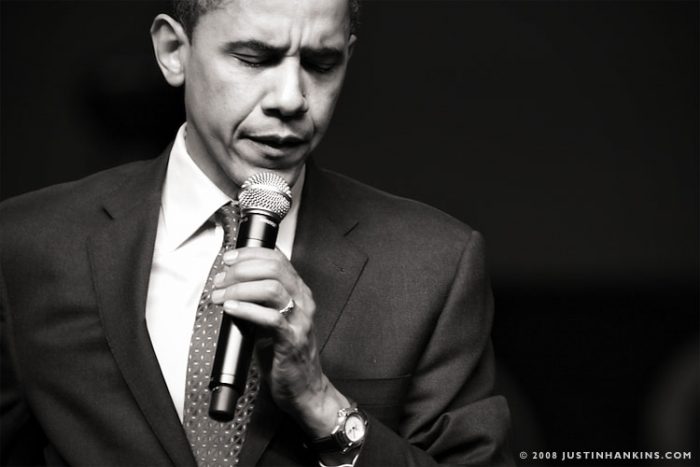 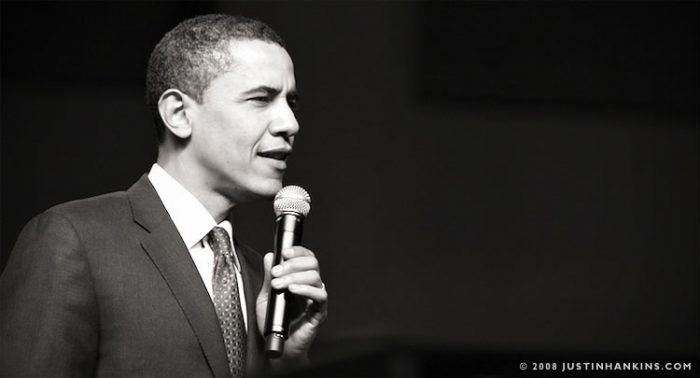 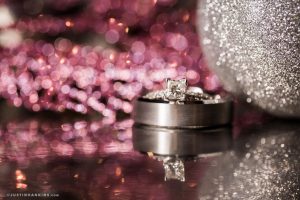 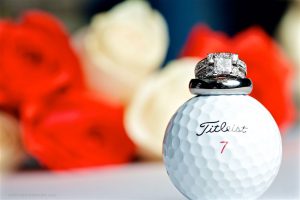 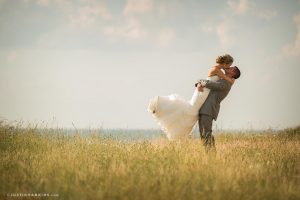 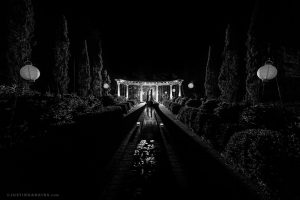 A moment in the garden… 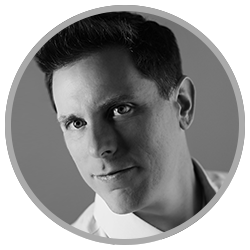